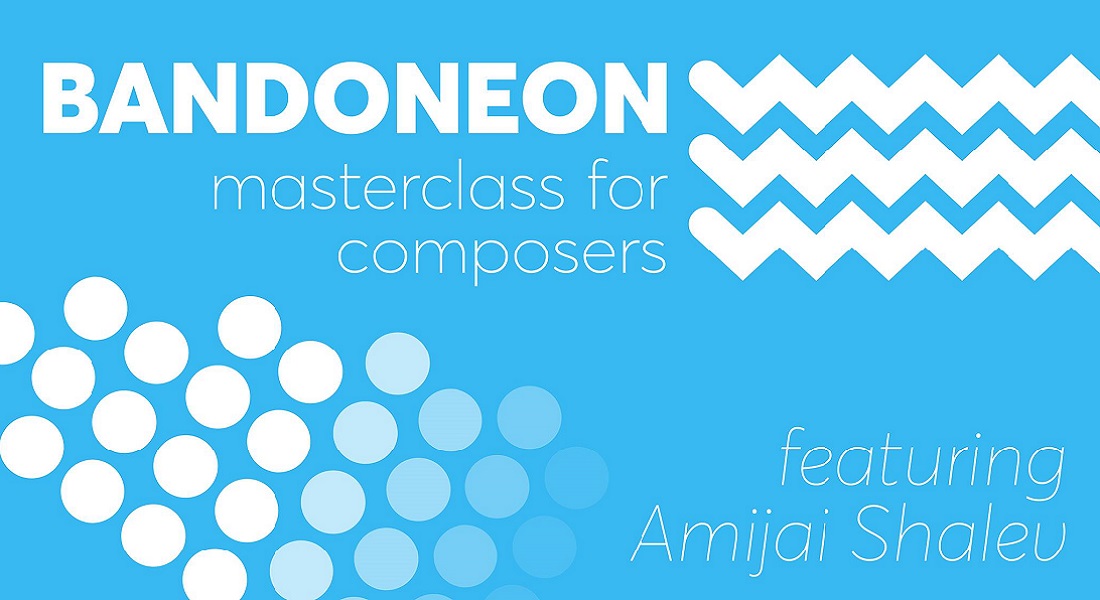 The Bandoneon, mostly known as the “tango accordion,” is a free reed instrument that was developed in Germany at the end of the 19th century and evolved in Argentinian popular music. Despite of it’s folk connotation the Bandoneón was designed with the polyphonic and expressive criteria found in classical instruments.

In the last thirty years the Bandoneón has gained recognition as a concert instrument, as soloist, in chamber music, contemporary and experimental music, its musical growth and projection goes beyond tango and traditional music and it certainly has great potential for composers nowadays being a very expressive polyphonic instrument with strong presence in ensembles and solo.

The lecture will explore the sonorities, textures, harmonic, melodic and polyphonic aspects using both traditional and modern music. The event is oriented to composers or arrangers and composition students from all genres.

This is event is free! If you cannot attend in person you can join the livestream.

Amijai (pronounced Ami-hai) is one of those rare musicians in the bandoneon world who has broken out of the common tango mold to explore the full polyphonic and rhythmic potential of the instrument. Earning his degree from the “Manuel de Falla” Conservatory of Buenos Aires in 2012, he studied under the tutelage of maestro Rodolfo Daluisio, the great pioneer of classical and contemporary music for the bandoneon. Following in the footsepts of Maestrol Daluisio, Amijai has forged a career encompassing the full range of the bandoneon: from solo classical to orchestral works, from tango to heavy metal compositions.

Presently, Amijai performs in the eclectic duo Orquesta Diptica (contemporary tango by Marcelo Lodigiani) and in the jazztango quartet of Julian Graciano. In 2017 he released his instrumental heavy metal recording “Bandolirium” from which the track “Falso Dilema” won first prize in the Nuevos Aires competition for new tango compositions.

Amijai currently teaches senior students of the J.P Esnaola School of Music in Buenos Aires, and is the Professor of Bandoneon in two of the main conservatories in the province of Buenos Aires.

Born in Canada to a Polish father and Argentine mother, and raised in Israel, Amijai has resided in Buenos Aires since 2006.

Accessibility information: The Canadian Music Centre is an accessible venue through a street level entrance to the right of the main entrance. The CMC has gender neutral washrooms. Contact [email protected] with any questions pertaining to accessibility for this event.