Queer Percussion Research Group is putting together our first zine and we want YOU to be a part of it!

We have put out a call for submissions and proposals for the first QPRG Zine, looking for queer-identified percussionists and others who might like to contribute in some way. Check out the call, and reach out if you have any questions. What a better way to spend your quarantine than doing some writing!

The Canada Council is now accepting applications for the 2020 Virginia Parker Prize, a prize for young classical singers, instrumentalists and conductors!

The Virginia Parker Prize is awarded to a Canadian classical singer, instrumentalist or conductor under the age of 32 who demonstrates outstanding talent, musicianship and artistic excellence and who makes a valuable contribution to artistic life in Canada and internationally.

The Slaight Music Residency is an unparalleled creative business initiative for up to 6 music creators (songwriters and composers) each year. It encourages the complete integration of music creators in to the screen-based entertainment industry, while offering unique business opportunities to increase the use of Canadian music in film and TV. It is a part-time, nine-month program that is nomination-based. Nominations close mid March, 2020.

Applicants must be nominated by an established songwriter, professional or member of the Screen Composers Guild of Canada, established film, television, documentary director, producer, showrunner, music supervisor or music executive.

Eligible candidates are composers or songwriters who have a distinct musical voice and strong storytelling instincts, but who have also scored one of the following: a feature, short film or commercial, or a drama, documentary or lifestyle television program. Songwriters much have written songs that have been places in film, television, commercials, webseries, or they must have been released by a record label or have a publishing contract.

If this is something that you think would be of interest to your network, we invite you to please share this information via your website or social media, and please feel free to connect with us over social media. We would really appreciate your assistance in helping us find Canada’s emerging best and brightest musical talent to participate in the 2020 Slaight Music Residency.

The Roberta Stephen Award, worth $500, offers support to a Canadian woman composer
aged 36 or older for professional development such as further studies, conferences, or
workshops, or composers’ festivals.

Candidates must have a history of public presentation of their work, and must be:

Please see the PDF forms, below, for Instructions and Application Procedure.

S.A.C. and the CMC have partnered with Music Matters to present an educational workshop series to members and music creators

Through Music Matters, in partnership with S.A.C. and CMC, Kathryn Waugh is proud to present a series of four workshops to help songwriters and performers navigate the Music Industry. Copyright Basics, Rights and Royalties, Music for Productions and Music Publishing for Songwriters each aim to give insight to the subject so that artists can arm themselves with the knowledge to succeed.

The International Alliance for Women in Music (IAWM) announces its annual “Search for New Music by Women Composers” competition. Membership in IAWM is required, but contestants may join at the time of entry. This call is open to IAWM members who identify as women.

The Royal Over-Seas League is pleased to introduce the new ROSL Composition Award 2020, in association with the London Sinfonietta. Advanced young professional composers aged 18-35 are invited to apply for one of six places to workshop a short original work with London Sinfonietta, following which one composer will be selected to win the award, and a £3,000 commission to compose a 12-15 minute chamber work for six players and conductor, to be premiered by London Sinfonietta in July 2021 at the Southbank Centre.

ROSL is committed to unlocking the musical potential of schoolchildren in partnership with the Griffin Schools Trust, and we will run three Go Compose! days in secondary schools in Bedworth, Milton Keynes and East London as part of this award. Shortlisted composers will be invited to attend and assist on these days.

Free to apply and the program does not have a tuition fee.

DEADLINE: open indefintely – information will be updated once the impact of COVID-19 on the delivery of the program is understood.

Though the holidays now seem like a distant memory, we know that many orchestras are already planning holiday concerts for 2020 and beyond. As part of Orchestras Canada’s commitment to promoting Canadian content, they have introduced a Canadian Holiday Repertoire Library to their website and are inviting composers to submit works appropriate for the holiday period. Visitors will be able to access this list while researching and programming their upcoming seasons. Associate Composers can include a link to the CMC site for works that can be perused and rented through CMC. 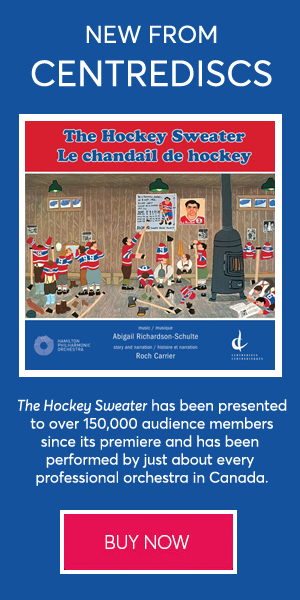