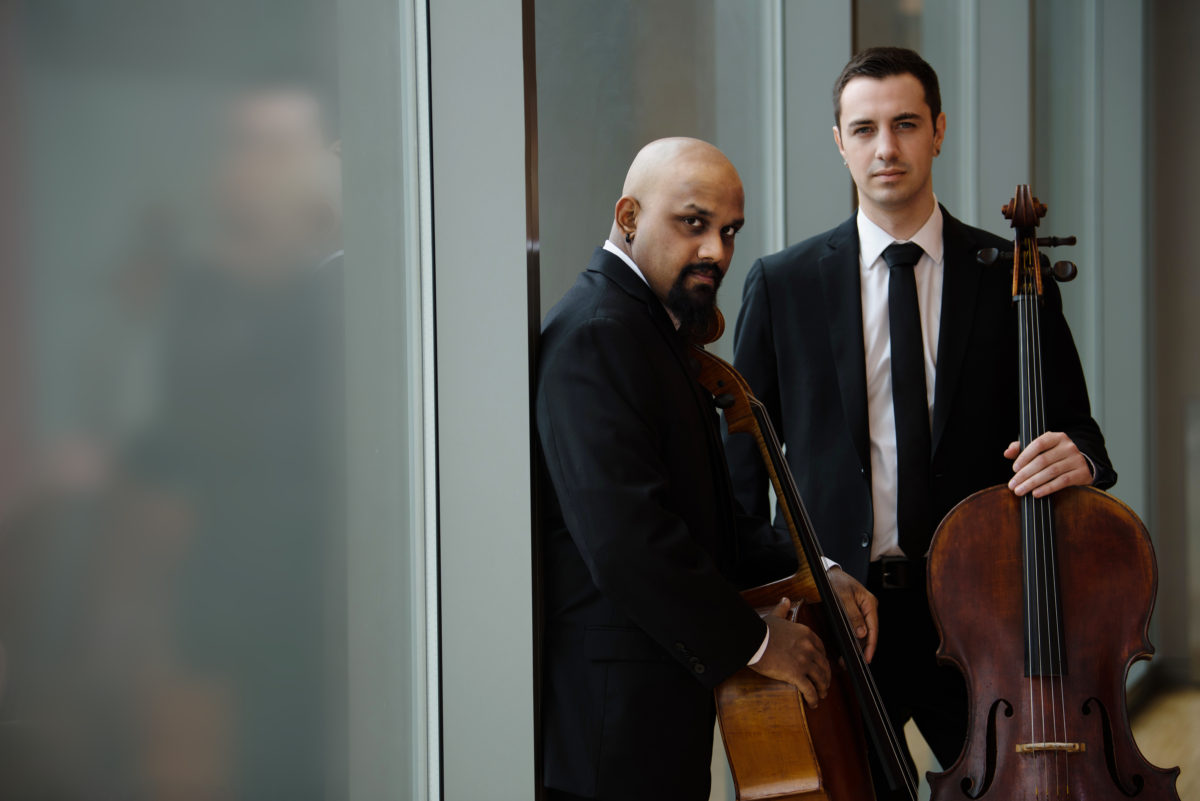 Music from the 21st Century written by cellists, for cellists. The programme will focus on five works by Canadian cellist-composers commissioned by VC2, each inspired by one of the Beethoven Sonatas for Cello and Piano. These pieces were commissioned for the duo by their former teacher and Albertan cello virtuoso Shauna Rolston-Shaw. The five works will be contrasted with two newly commissioned works by esteemed Canadians Kelly-Marie Murphy and Vincent Ho as well as other cello centric works from at home and abroad that explore the vast sonic capabilities of the cello duo.

About the artists | VC2 Cello Duo is an innovative cello duo ensemble that captivates audiences through their performances of classical masterworks, unknown gems and boundary pushing music. Comprised of cellists Amahl Arulanandam and Bryan Holt, CBC Radio says VC2 is “a tight unit, with excellent intonation and expression.” They present artistically challenging, yet accessible programs in venues ranging from intimate cabarets to Roy Thomson Hall.

As respected cellists, they have performed as part of leading music organizations including the Toronto Symphony Orchestra, Canadian Opera Company Orchestra, National Ballet of Canada Orchestra, Soundstreams, Art of Time Ensemble, Continuum Contemporary Music, New Music Concerts, Music in the Barns, Thin Edge New Music Collective, and others. The duo has been featured artists at Ottawa Chamberfest, Indian River Festival, Ottawa New Music Creators, 21C Music Festival, Ritornello Festival, and the Prairie Cello Institute. Committed to the creation of new works by living composers, especially to create works based on the Beethoven Cello Sonatas project. In addition to their performances, VC2, with the generous support of the Ontario Arts Council, recorded these works and in fall 2018, released the album Beethoven’s Cellists which CBC Radio calls a “First-rate” recording.

In February 2018, VC2 embarked on a tour of the East Coast of Canada, presented by Debut Atlantic. The duo also spent time summer 2018 at the soundSCAPE performance and composition exchange in Maccagno, Italy and brought home a number of new works by emerging international composers. VC2 is thrilled to be one of Prairie Debut’s 2019-20 Touring Artists.