“Thank you, Ann and Christina, for using your talents to lift our spirits and touch our souls.”
– Environmentalist and broadcaster Dr. David Suzuki, on the launch of Pond Life

“…celebrated with shimmering brilliance, as much by the creator as by the interpreter. (Glass Houses) is an homage and luminous musical gift from a pianist to a composer friend, and from this friend to a great contemporary mentor.”
– Frédéric Cardin, Radio-Canada Espace.mu

With the launch of Soundspinning, the nearly 30-year friendship between composer Ann Southam and acclaimed interpreter of her music, pianist Christina Petrowska Quilico, is now commemorated with seven CDs, all on Centrediscs.

Superlative reviews have greeted each of the previous Southam CDs – the double albums Rivers and Pond Life, Glass Houses Revisited and Glass Houses Volume 2. Glass Houses Revisited was one of Petrowska Quilico’s four JUNO-nominated CDs and named one of the “30 best Canadian classical recordings ever”, in addition to being on numerous other CBC best-of lists. It remains a top-seller for the Canadian Music Centre.

Soundspinning calls attention to some of Southam’s rarely heard gems, going back as far as 1963. Virtuosic torrents of notes, 12 tone meditations and monumental, chordal pieces all demonstrate her compositional mastery and creativity. Such evocatively titled works as Altitude Lake, Stitches in Time and Soundspinning reflect her love of nature in shimmering tonal colour. And the composer’s love of jazz and Canada’s East Coast fiddle music imbue them with further energy.

Born in Winnipeg, Manitoba in 1937, composer Ann Southam made her name in Toronto, enjoying a long and productive association with modern dance companies and choreographers. As an instructor in electronic music at the Royal Conservatory of Music, she created much electroacoustic music on tape, but increasingly turned her attention to acoustic instruments. Her work was commissioned through the Canada Council, the Ontario Arts Council, and the CBC, and performed in Canada, the U.S. and Europe. She was a founding member of the Association of Canadian Women Composers, and the recipient of the Friends of Canadian Music Award in 2001. Southam passed away November 25, 2010.

“I’m still blown away by the way you play Glass Houses. They’re your pieces for sure!!!”
– Composer Ann Southam. shortly before her death, in an email to Christina Petrowska Quilico

From her New York orchestral debut at 14 (“promethean talent” – New York Times) to the present as one of Canada’s leading artists, pianist Christina Petrowska Quilico continues to astound audiences and critics with her dazzling command of the keyboard. The Ottawa-born, Juilliard-trained pianist has toured across the U.S. and Canada, giving recitals in Carnegie, Alice Tully and Merkin Halls, and solo appearances with most of Canada’s leading orchestras and with orchestras in Greece, Taipei and the U.S. Her 50 highly praised recordings range from Mozart, Chopin, Liszt and Debussy to Brazilian tangos and numerous contemporary works. These CDs include, with violinist Jacques Israelievitch, the all-Canadian Fancies and Interludes (Centrediscs); and the complete Mozart violin and piano sonatas (Fleur de Son). A tireless advocate for the music of our time, she has introduced more than 200 new works in concerts across Canada, the U.S. and abroad. Of the 41concertos she has played, half have been contemporary and half of those premieres. She was presented the 2007 Friends of Canadian Music Award from the Canadian Music Centre and Canadian League of Composers, and named co-winner of the 2010 Harry Freedman Recording Award, from the CMC’s Harry Freedman Fund.

“Soundspinning is an important recorded document in the compilation of Southam’s piano works and is masterfully performed by Petrowska Quilico.” – The Wholenote

“The late (and I would add great) Canadian Minimalist Ann Southam (1937-2010) has not exactly become a household name, not at least here in the States, but that should never stop those who love music […] And to my happiness there is another volume of her piano music to hear, namely Soundspinning, featuring Christina Petrowska Quilico and her sympathetic and idiomatic pianism. There are series of miniatures to be heard on this program, many most mesmerizing and singular in their clustering of motility, not typically repetitive in ways of some of the standard classical Minimalists.” – Gapplegate Classical-Modern Music Review 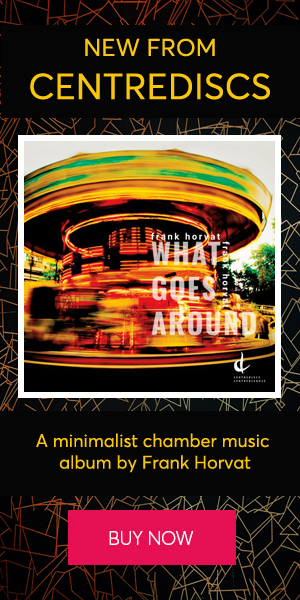