Terry Rusling was a Canadian composer of electronic music. He also worked as an engineer for the Canadian Broadcasting Corporation (CBC). In the case of  Gilmour’s Albums,  hosted by CBC broadcaster Clyde Gilmour, Rusling was occasionally on air, especially when the music selected was  experimental.

In the early 1960s, Morris Surdin, a composer working at the CBC, suggested to Rusling that he try out the renowned Electronic Music Studio at the University of Toronto, Faculty of Music (UTEMS), which included instruments designed by Hugh LeCaine, such as the Special Purpose Tape Recorder. Through Surdin, Rusling was introduced to Dr. Myron Schaeffer, to whom he submitted his first electronic compositions. Schaeffer invited Rusling to attend a graduate seminar of his at UTEMS. Among the other notable composers who studied at UTEMS were John Mills-Cockell, Pauline Oliveros, Ann Southam, Gustav Ciamaga, and John Beckwith. Rusling was awarded the title of Research Associate at the University of Toronto, Faculty of Music.

During this period Rusling was the recipient of a Canada Council Grant in support of his travel, education and production of electronic music. He continued his studies and composed music in studios at the Psycho Acoustic Institute at Ghent University, Belgium; the University of Utrecht; and the University of Illinois. He also did work at the University of Rochester with Wayne B. Barlow as well as in Paris where he met Pierre Schaeffer.

Many of Rusling’s public performances of computer tape music were at the famous Bohemian Embassy in Yorkville, Toronto. He collaborated with visual artist Zbigniew Blazeje in a large multimedia exhibition in 1966–7, called Audio Kinetic Environment. Rusling provided electronic music. It began at the Art Gallery of Ontario, then toured to 10 showings in 9 cities 1966-7:

Several of his works, including The Trains (1966), a piece of musique concrète, were broadcast on the CBC. Other projects included a CBC Radio program combining Rusling’s music with Earle Birney’s sound poetry. After the piece was performed they discussed their personal approaches to their art forms. A related collaboration with poet Gwendolyn MacEwen, combining poetry with electronic music, was also broadcast on CBC Radio. In another project, Rusling worked with English performance artist and sound poet Bob Cobbing. He composed incidental music for CBC Radio shows including an electronic theme for the CBC nightly television news and incidental music for TV shows, including the series Telescope; in particular, an episode on Marshall McLuhan (1967).

His scores were submitted to John Cage’s Notations project and two items are included in Cage’s book. They demonstrate Rusling’s use of graphic notation. 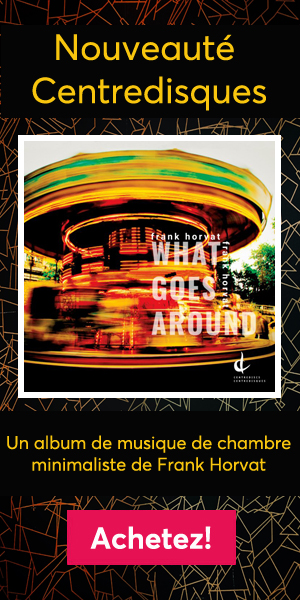