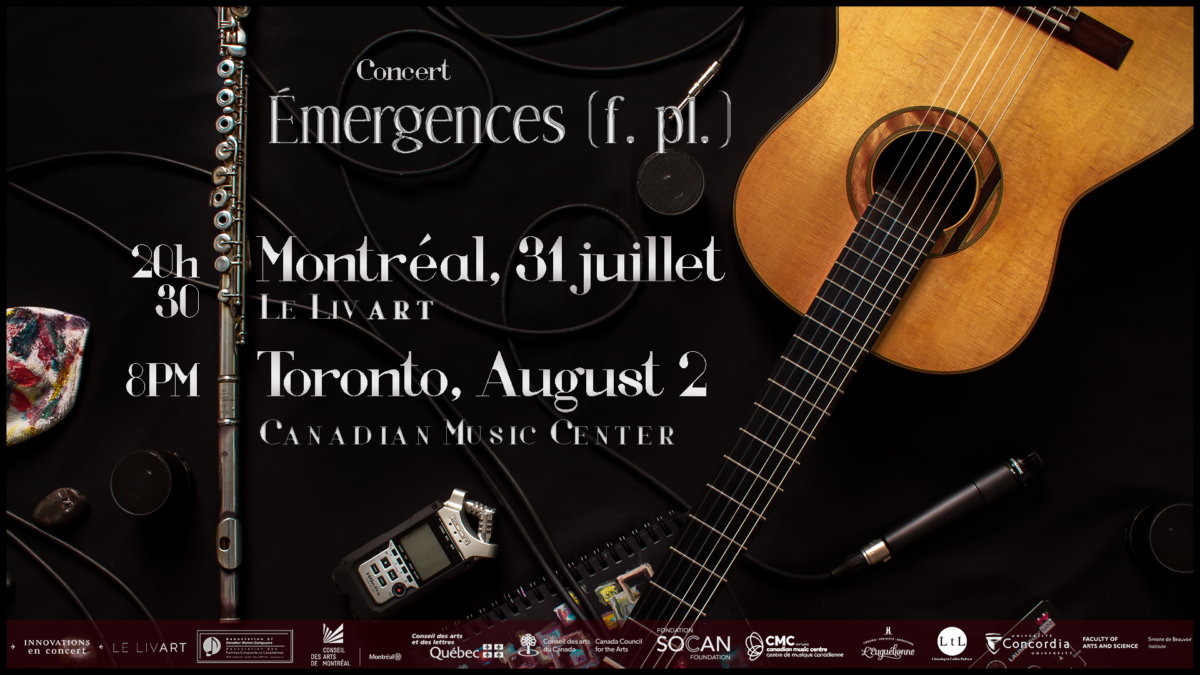 Following a premiere concert on July 31 at Montreal’s Galerie d’art le Livart, the group will bring their project to the CMC concert space in Toronto, where they will present five new works by composers from both cities: Véronique Girard, Gabrielle Harnois-Blouin, Shelley Marwood, Thais Montanari and Lieke van der Voort.

The works on the program combine chamber music with electronics, video, poetry and movement. Developed in close collaboration with the composers, the project aims to seek out new, interdisciplinary working methods for music-making—ones that represent new voices within the Canadian new music community, and offer models for musical co-creation that disrupt conventional classical music practices.

Working to build connections between Francophone and Anglophone spaces in both cities, Émergences (f. pl.) aims to help open up a space for meeting and listening, where artists and concertgoers can exchange dialogue on how gender identity in classical music intersects with artistic creation.

Based in Toronto and Montreal respectively, Sara Constant and An-Laurence Higgins are both active soloists and ensemble musicians specializing in new/experimental music. They have been collaborating since 2016, presenting chamber music in Toronto and Kitchener-Waterloo and working together as artists-in-residence at the 2018 Waterloo Region Contemporary Music Sessions (WRCMS). This is their first commissioning project as a duo.